Dance clubs were all over the place, releasing great musical successes such as New Wave, SynthPop and Electronic Music and conquering large audiences.

And in the middle of all that musical boom, we´ve opened our own nightclub where we had several icons of the Brazilian musical scene such as Paralamas do Sucesso and Titãs, doing unforgettable shows.

Having the best sound and light equipment, we started offering rental services to the show business. Than we changed our address and redesigned our brand. At that time another business developed and we started leading national artists and bands in the early 90's. 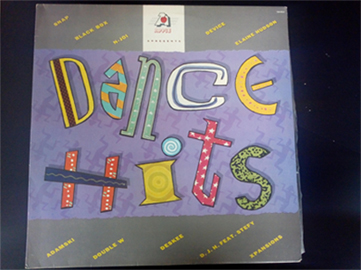 In a very successful partnership with BMG and with great results in the music scene, we launched the Apple Music Dance LP with an expressive sale of 250,000 copies.

In the mid 90s, new ideas and opportunities in the corporate event market began to emerge. Agencies were seeking partnerships in their productions and started to look after specialists in AVI services, which increased the expectation concerning these quality of these events.

30 years later and many tracks before, Apple Produções consolidates its services and establishes itself as the Full Service Company # 1 in Brazil delivering incredible productions in sound, light and video.